The Music of Laura Llorens 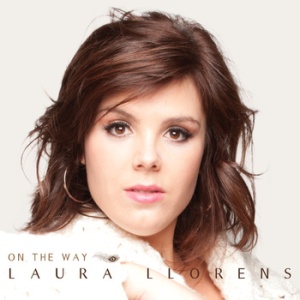 About 6 months ago, I was having just another coffee with Laura Llorens at a café parisien typique, when she unloaded some pretty exciting news: that she was going to record a new album and call it “On the Way” and the reason for the title was that she was pregnant with her first baby!

So, throughout this process I’ve been able to encourage this amazingly gifted young woman as she had two on-line fund raising campaigns going….had a ten day recording session in a drafty old house with a dozen musicians coming and going….and had two concerts to launch the new album….all while pregnant with her first baby!

So I encourage you to visit her website where you can check out her music and buy it if you can. It is actually quite a good deal: 14 songs for only 8€ (that’s around US$11). My favorite track is #3 Hold On. If you want to give your French a workout, listen to track # 6 J’ai Grossi while following the lyrics. It’s a hilarious song about becoming too fat. Give it a listen! Buy the full album!

Laura also periodically sings in the Métro Parisien…not really to pick up spare change….more to inject a little music / art / beauty into the train-train quotidien (the boring, everyday routine). Here’s a TV interview (en français) and video of her playing with another friend of mine, Gustavo, down in the métro.

← The Land Art of Andy Goldsworthy
A Complete Disaster… →

2 thoughts on “The Music of Laura Llorens”