I had a great birthday party this year. Since my good friend, also named David, celebrated his 40th year just one day after my 60…we decided to celebrate together our 100 years of life.

By far the best gift I received this year on my birthday was the fact my neighbor, Jean-François dropped by the Fête au Chocolat and shared with us his knowledge concerning the building where we both live. He had done quite a bit of research and could pinpoint the date of construction at 1457.

1457! I couldn’t believe it! We are presently living in a building constructed in 1457 AD. I did a little research of my own and found out that this region in the SW of France had been previously devastated by two tragedies: The Black Plague and the Hundred Years War with the English. 1450 marked the start of renewal in the city (as well as most of Europe) and evidently our building was a result of this economic revival.

I also found it helpful to place 1457 into the span of history:

And what is even more interesting is what had not yet taken place:

Oh, and speaking of the French Revolution, Jean-François told us that the basement (le cave) of our building was the city’s dungeon during that awful time.

BTW: The building under discussion is just behind this maple tree. We live on the top floor where spy on (and pray for) the city from the 4 small windows 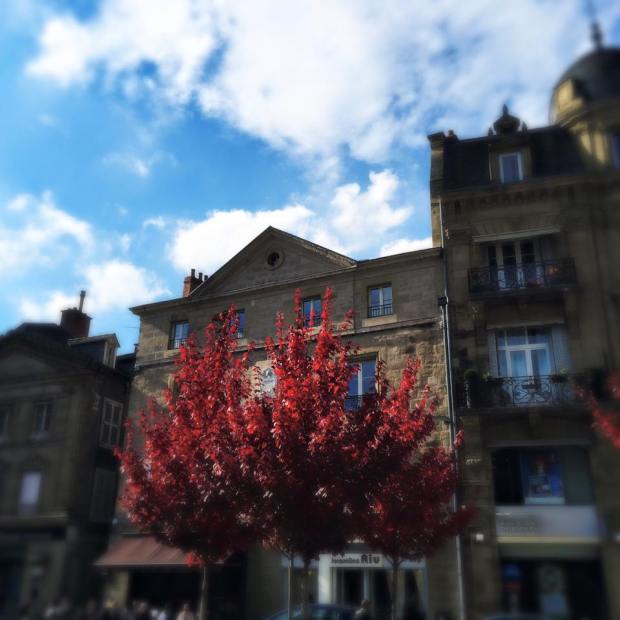 One thought on “An Outdated Birthday Gift”